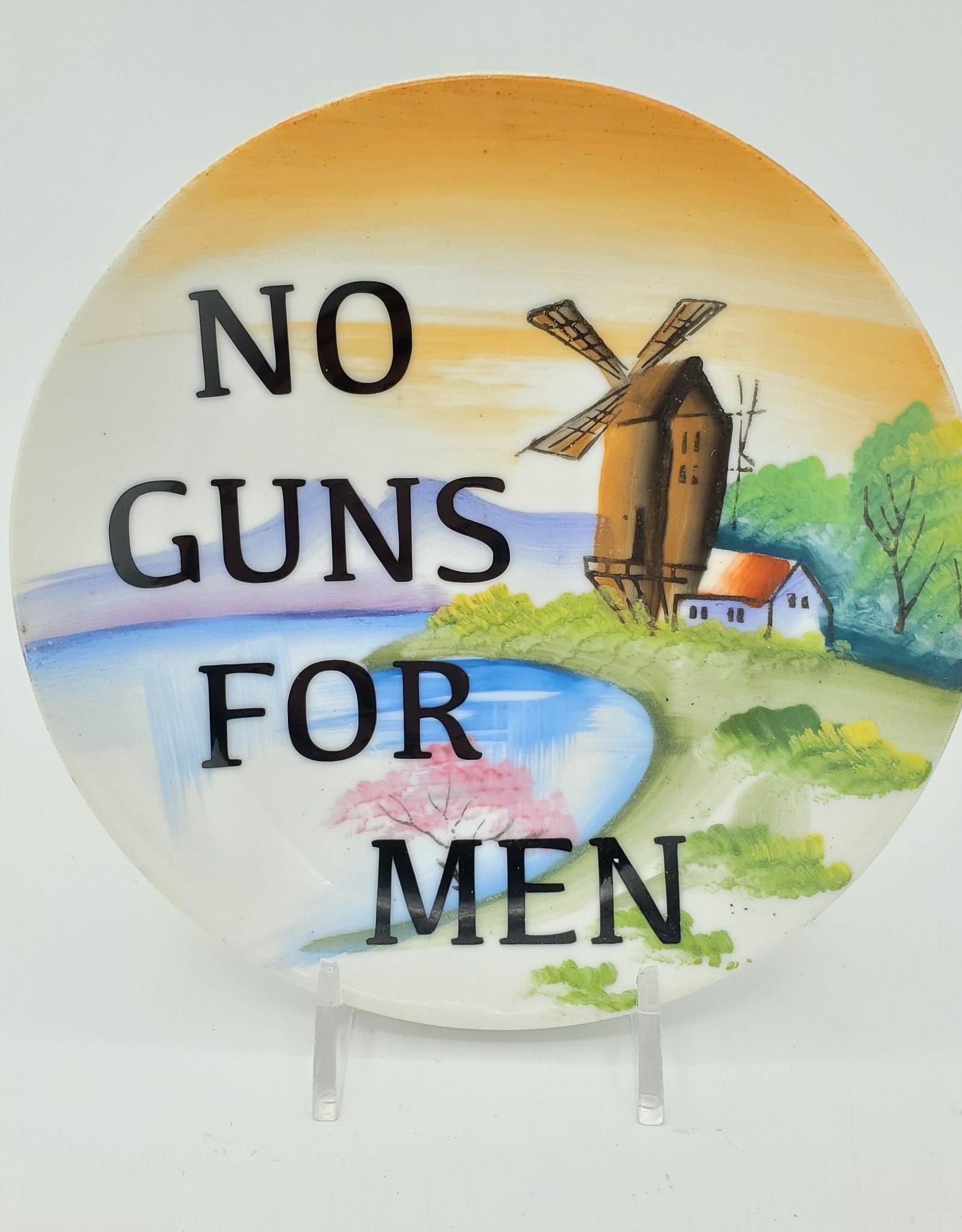 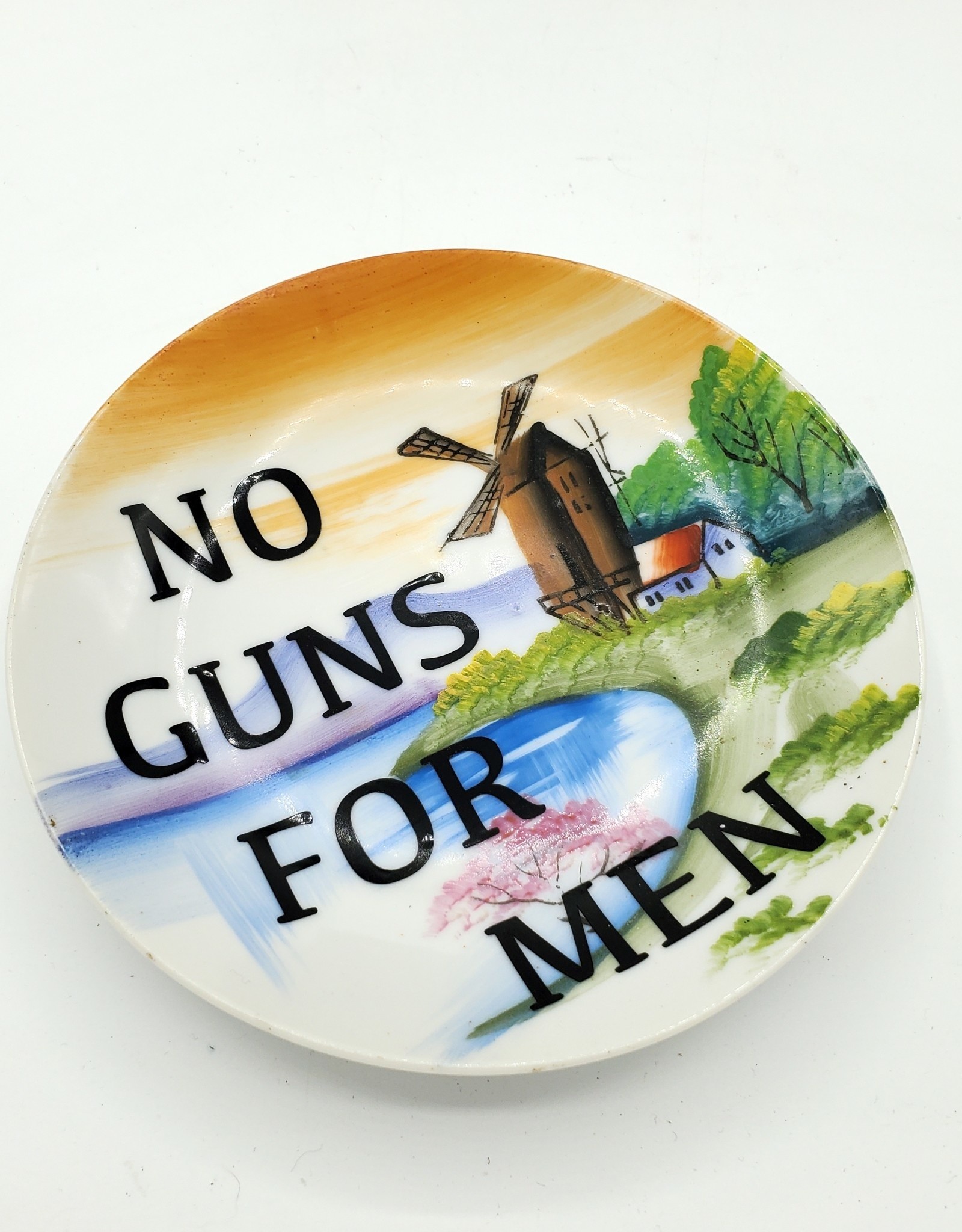 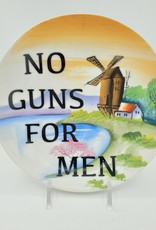 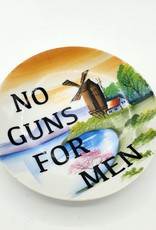 A humorous piece commenting about a serious topic. A great reminder that the rate of gun violence in the United States is exceptional, and men are primarily responsible. The U.S. firearm homicide rate is 24.9 times higher and its firearm suicide rate is 9.8 times higher than other high-income countries.

Men commit the vast majority of gun violence in the U.S. According to FBI data from 2017, men were responsible for 88.1 percent of all homicides, and firearms were used in 72.6 percent of homicides. Women in the US have the same ability as men to acquire, use, and kill with guns—but they do not.

These funky, fun, and one-of-a-kind pieces are made from upcycled decorative plates. Given a whole new meaning with the captions they reveal, these adorable plates are modified using expertly applied solid and glitter permanent vinyl lettering.  They would such a fabulous addition to any home kitsch collection. Made in-house by Tamara Goldsmith.

Measures approximately 5” dia. and comes with a plate holder to easily affix to your wall.

FOR DECORATIVE USE ONLY! (does not come with a table top easel)