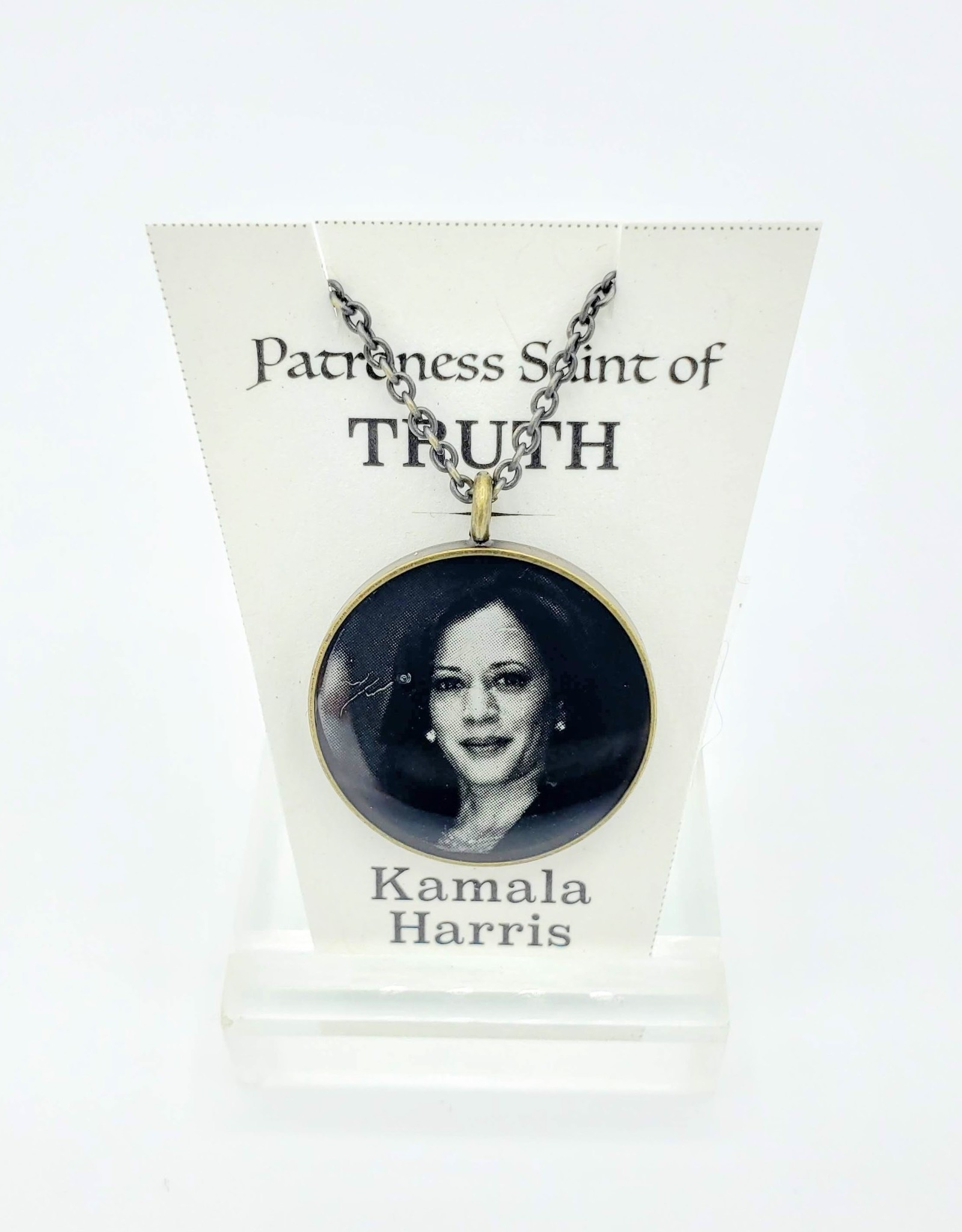 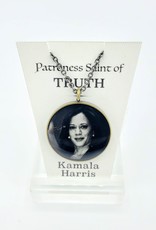 This 2cm pendant features a black and white photograph of Kamala Harris (Patroness Saint of Truth) and hangs from an 17" brass chain with 2" extender. Kamala Harris Kamala Devi Harris is an American lawyer and politician serving as the junior United States Senator from California since 2017. She's known for becoming the first woman, first African-American, and first person of South Asian descent to hold the Attorney General of California office and for not backing down to corporate and political greed.