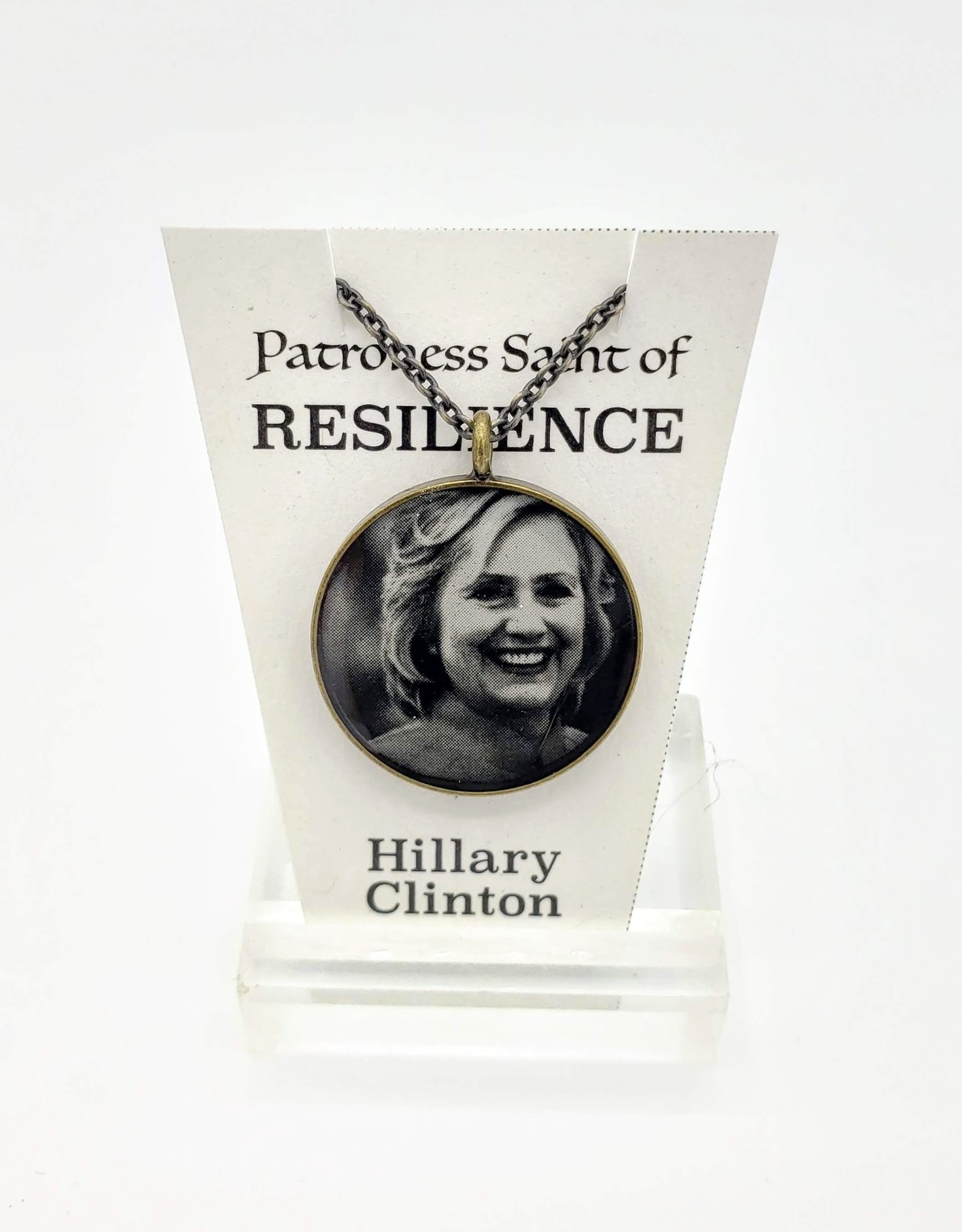 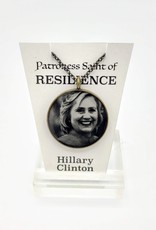 This 2cm pendant features a black and white photograph of Hillary Clinton (Patroness Saint of Resilience) and hangs from an 17" brass chain with 2" extender. Hillary Clinton an American politician, diplomat, lawyer, writer, and public speaker. She served as the 67th United States Secretary of State from 2009 to 2013, as United States senator from New York from 2001 to 2009, and as First Lady of the United States from 1993 to 2001. Best known for being a Nasty Woman :)