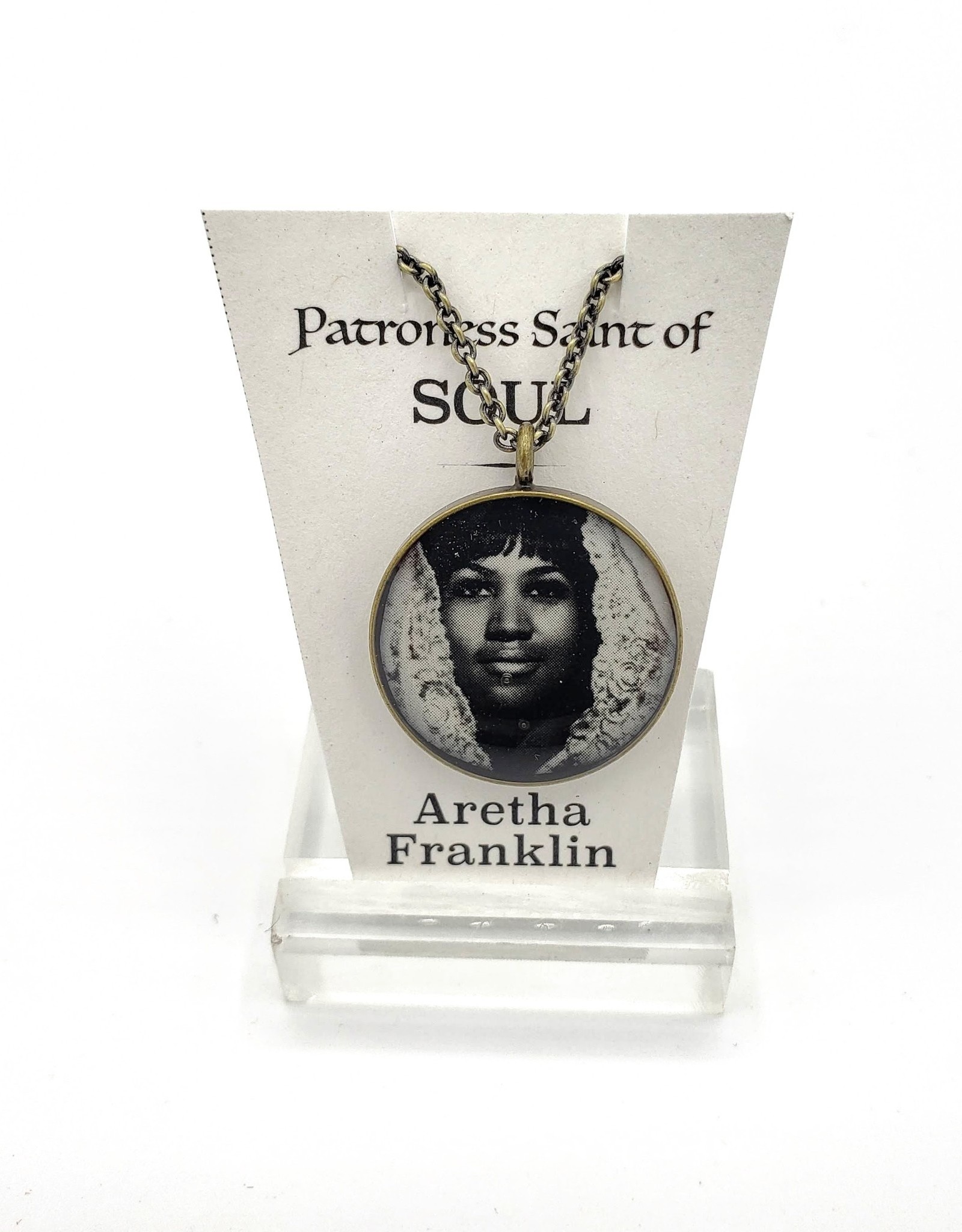 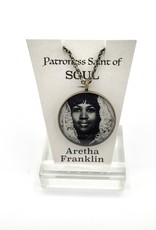 This 2cm pendant features a black and white photograph of Aretha Franklin (Patroness Saint of Soul) and hangs from an 17" brass chain with 2" extender. Aretha Franklin was an American singer, songwriter, actress, pianist, and civil rights activist. Franklin began her career as a child singing gospel at New Bethel Baptist Church in Detroit, Michigan, where her father was a minister. By the end of the 1960s Franklin's chart dominance soon earned her the title Queen of Soul, while at the same time she also became a symbol of black empowerment during the civil rights movement.