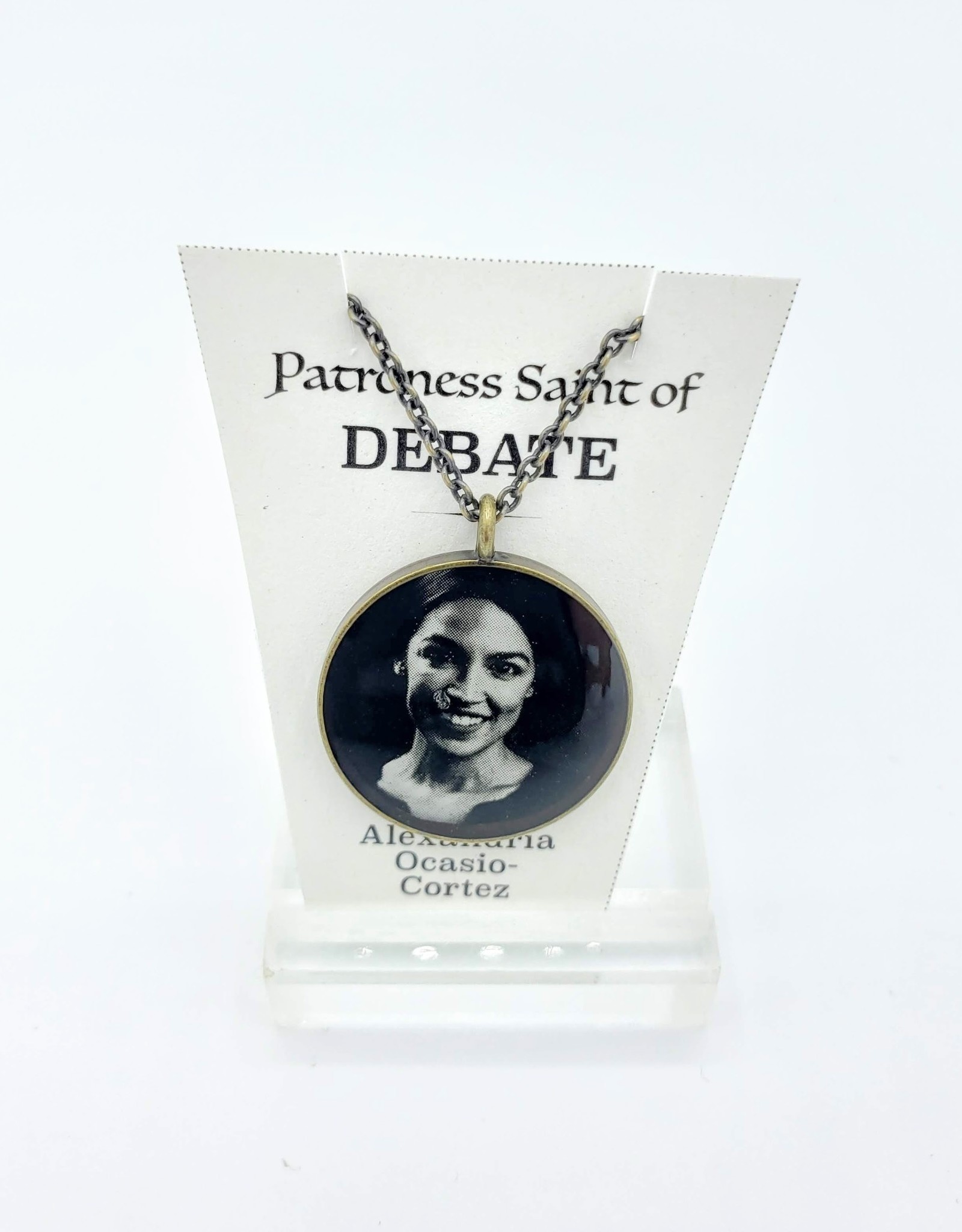 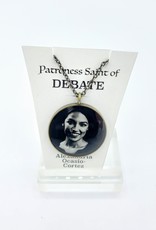 This 2cm pendant features a black and white photograph of Alexandra Ocasio-Cortez (Patroness Saint of Debate) and hangs from an 17" brass chain with 2" extender. Alexandra Ocasio-Cortez, also known by her initials as AOC, is an American politician serving as the U.S. Representative for the eastern part of the Bronx and portions of north-central Queens in New York City and is the youngest woman ever elected to Congress. She is best known for her no-nonsense and direct questions when in congressional hearings and clapping back to critics who underestimate her.