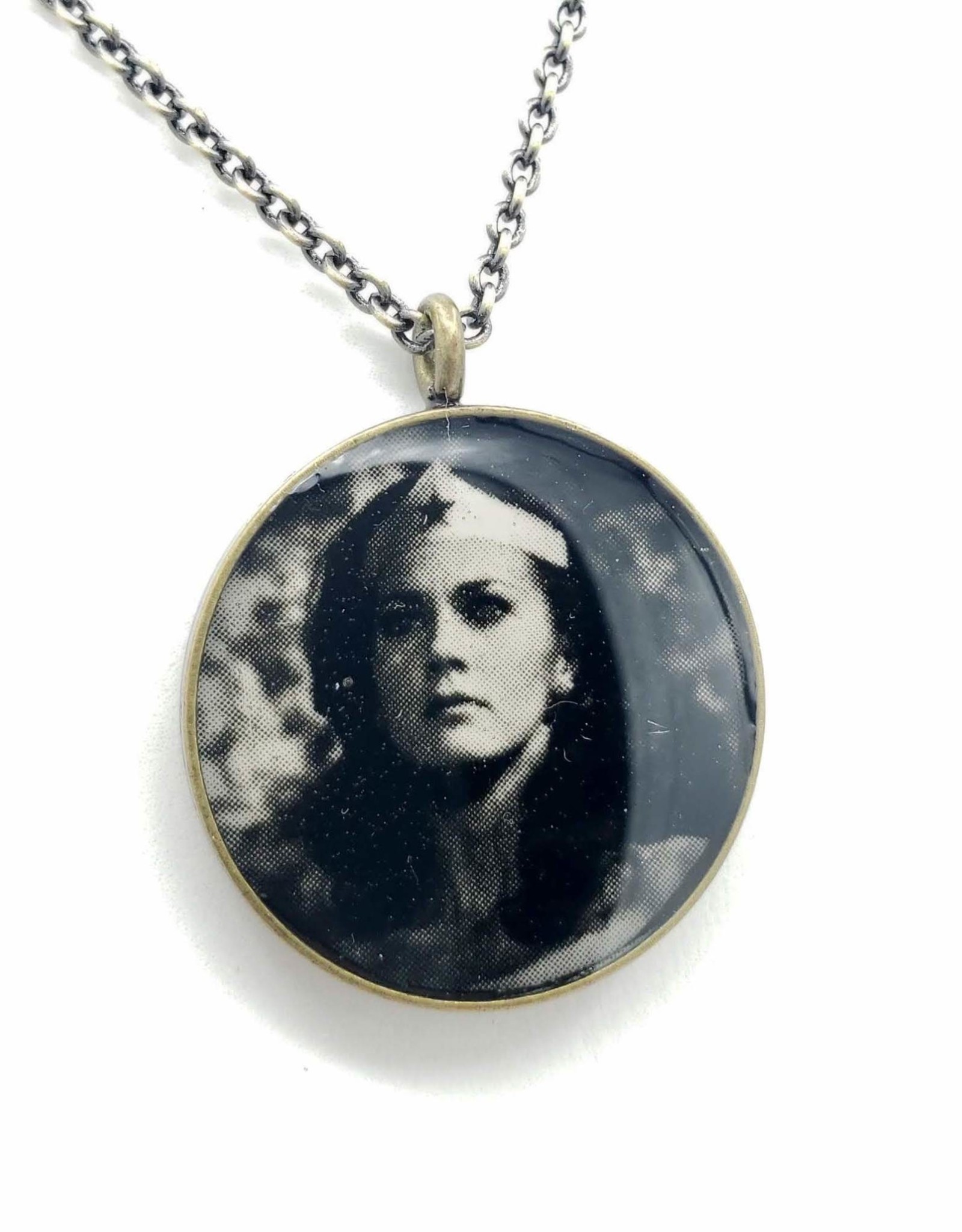 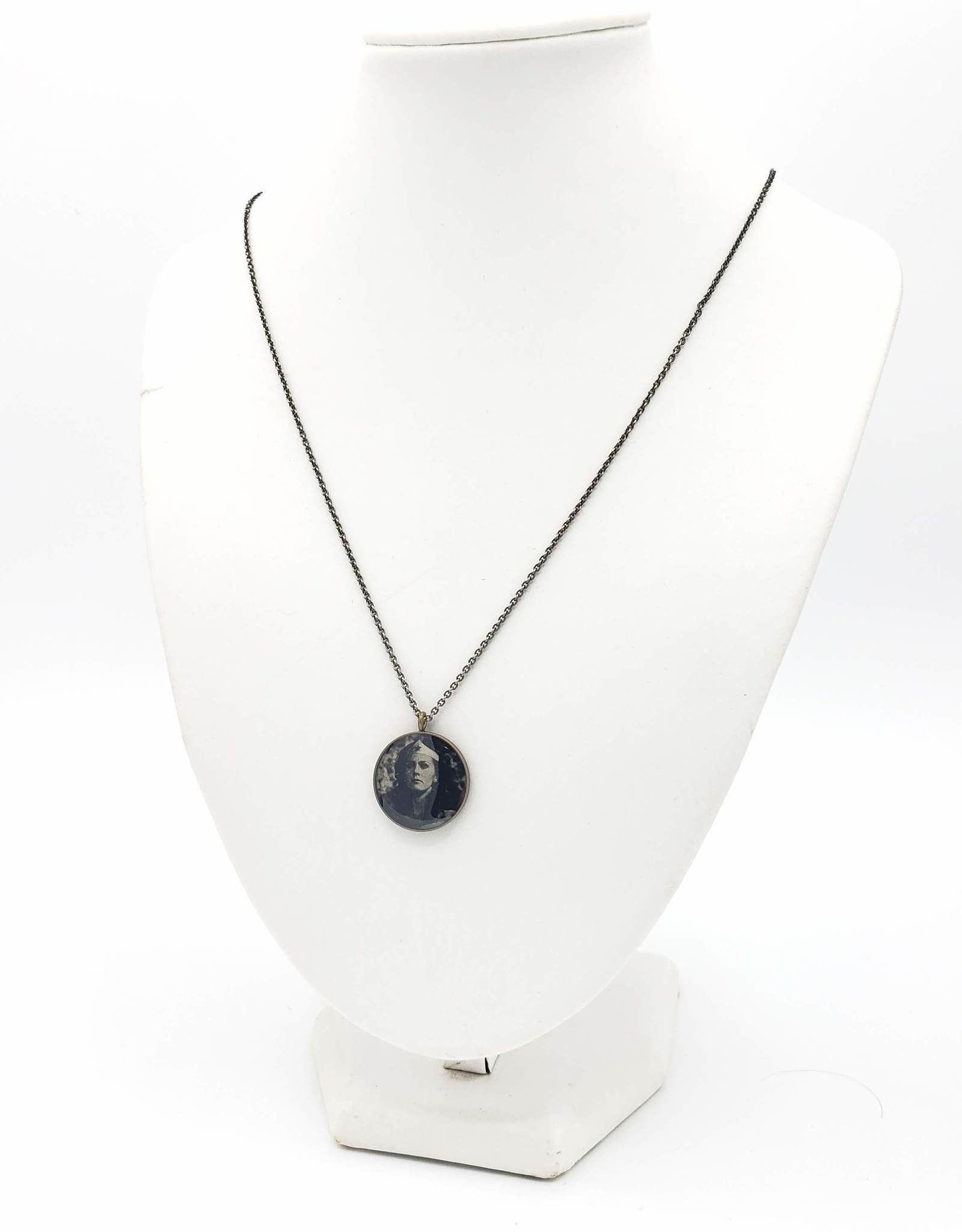 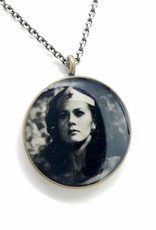 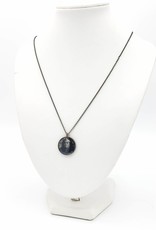 2cm pendant features a black and white photograph of Lynda Carter as the original badass Wonder Woman (Patroness Saint of kicking ass) and hangs from a 17" brass chain with 2" extender.

Carter is best known as the star of the American live-action television series Wonder Woman, in the role of Diana Prince / Wonder Woman, based on the DC comic book fictional superheroine character of the same name, which aired on ABC and later on CBS from 1975 to 1979.

Made in house at Redux in Portland, OR.