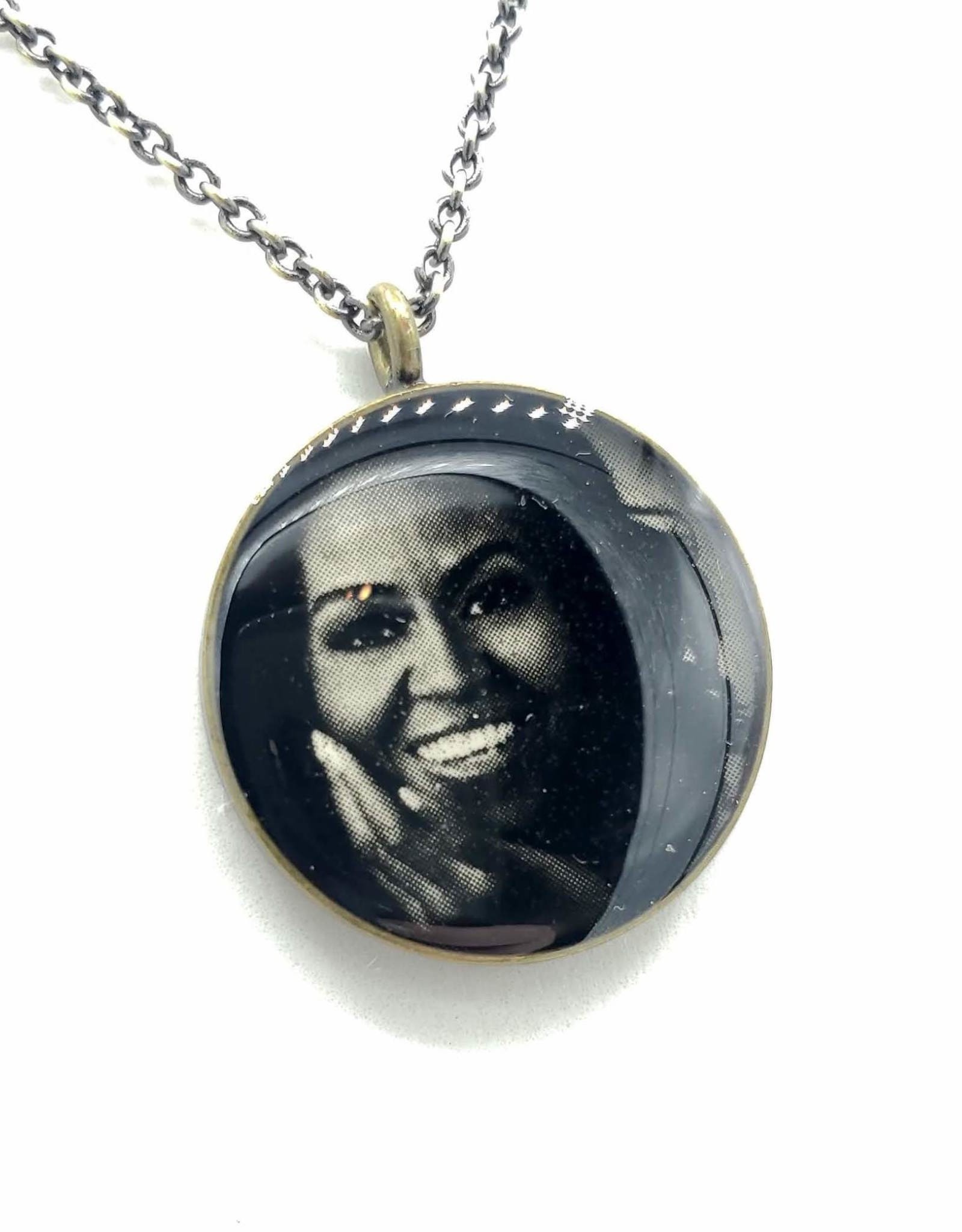 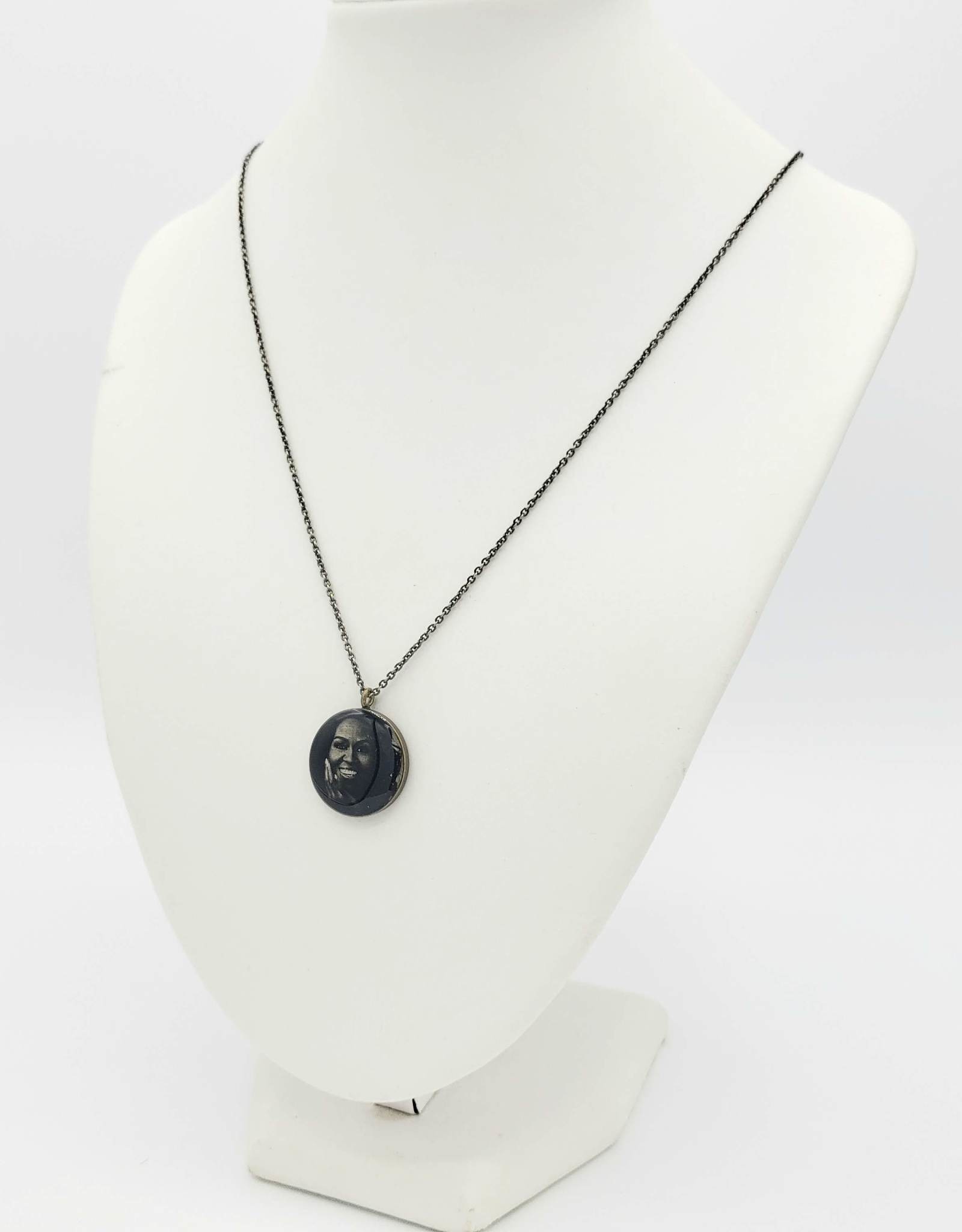 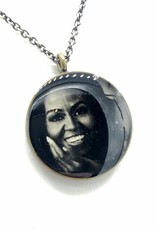 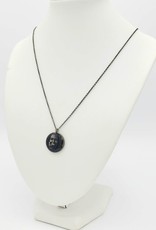 2cm pendant features a resin-coated black and white photograph of Michelle Obama (Patroness Saint of Hope) and hangs from a 17" brass chain with 2" extender.

Made in house at Redux in Portland, OR.